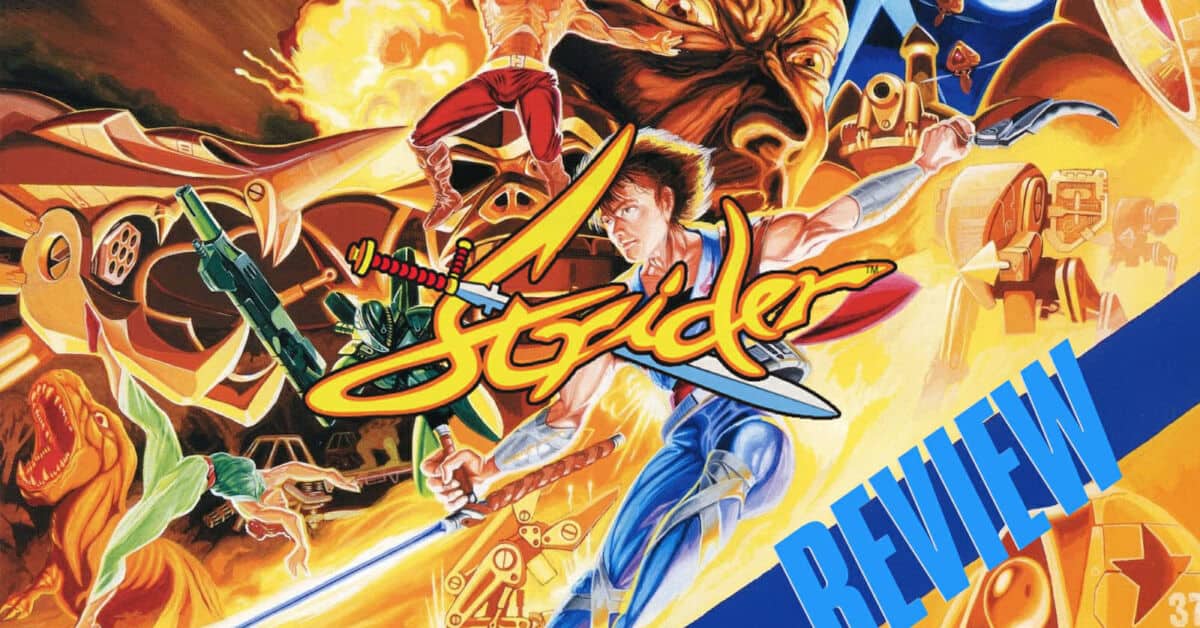 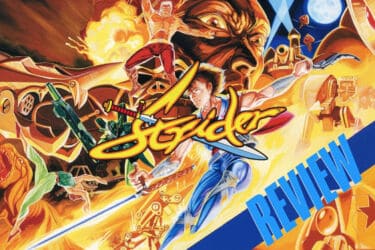 This excellent port of an arcade classic had me awestruck as a kid with it’s incredible visual style, storytelling, music and fluid controls.  I had never felt such freedom in the movements of my onscreen character before.  The acrobatic prowess of our hero was conveyed with ease through his ability to scale walls, somersault over enemies and slide across the ground.  All whilst swinging his gigantic plasma sword, Falchion.  Platforming bliss. 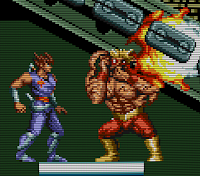 The story follows Hiryu, the greatest of the tech-ninjas known as Striders, on his mission to take out Grand Master Meio in this dystopian future.  First landing in Soviet Russia, Hiryu is greeted by soldiers who cower before him as he cuts them down.  He then encounters the first mid-boss, Strobaya, the Muscle Man.  This Ivan Drago inspired mass tries his hardest to intimidate you with some grunts and roars.  A few quick swings of Falchion and he implodes.  Literally. 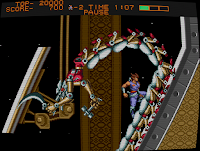 The stage one final boss is a sight to behold.  Around ten Soviet officers merge with one another to form Urobolos, the Iron Ruler.  It can only be described as a robotic millipede duel wielding a hammer and sickle.  What’s so great about this boss is that you can cling to its body and walk along its back as it crawls around the room.  A great way to show off Hiryu’s skills.

Throughout the rest of his journey Hiryu must traverse through the Serbian mountains, board airships, take down sky pirates, walk with dinosaurs and defy gravity.  All in a day’s work.

During the mission, Hiryu has aid in the form of pick-ups.  These include a Healing Kanji and a Health Increase Kanji. 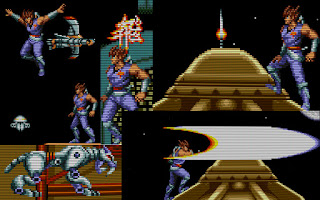 Robot helpers can also be picked up.  These little Saucers will fly across the screen ramming through enemies.  If the player hits the A button they fire ring lasers too.  Each time you pick one up a health block will turn red indicating that if you’re hit you will lose that helper.  If you manage to collect three of them then they will transform into Robo-Panther.  A temporary yet powerful ally.  Unlike the Saucers, Robo-Panther will turn two health blocks yellow.  But if you lose one he reverts back to one Saucer.  The last helper is the Robot Hawk who appears at checkpoints.  He only flies in circles but will damage any enemies who get in his way.

Other pick-ups include; Extra Points, a Sword to increase the reach of Falchion, the rare Gold Hiryu to give you temporary invulnerability, the even rarer Hiyru for a one-up and the one mythical tiny panda that serves no apparent purpose. 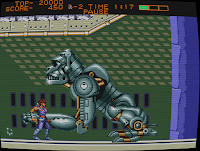 A Feast for the Eyes

Strider is visually striking in it’s art style.  The sprite work is masterful and compares very favorably to the arcade original.  Everything from the lowliest of fodder to the grandest of adversaries is expertly crafted and detailed.   The gorilla-like Mecha-Pon is an early example of a large scale mid-boss.

For the most part, this craftsmanship extends to stage design.  From lush Amazon rain forests to futuristic space stations.  A lot is on display here.  Other stages do suffer from more simplistic backgrounds but nothing that would detract from the overall presentation. 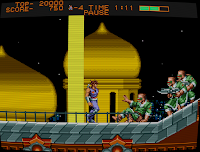 The Music Tells a Tale

Another thing that really stands out is the diverse soundtrack.  Stages often have memorable, thumping tunes of empowerment.  The dinosaur stage is a standout here, channelling a sense of awe and mystery in the Amazon.  Between stages are short dialogue cutscenes.  The music here is often dark, foreboding and instils a sense of dread.  All setting the scene for the final confrontation with The Grand Master. 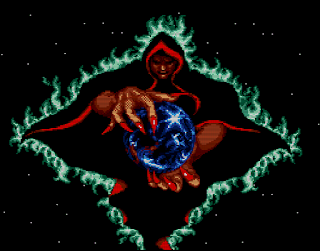 Check out the Strider game page on the SEGA Universe Games Database to leave your own Quick Review, Star Rating or comment on the game.

Overall this game is an epic example of what the Sega Mega Drive can do with arcade ports. An infectious soundtrack, incredible boss battles and fluid controls make this action platformer a must play for any Sega fan.
 5/5 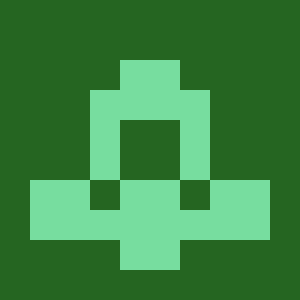 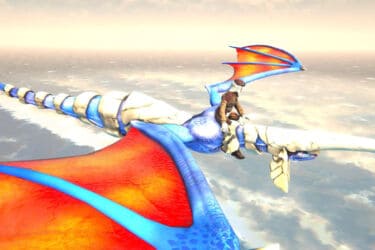 Every once in a while there comes along a game that really leaves its imprint. A game, that in its own way, changes the future. 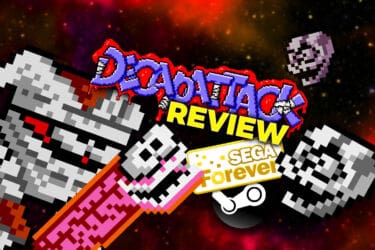 Is the 16-bit classic Decap Attack worth playing? Gather your limbs and things, maybe don’t bring a guillotine, and let’s find out… But first, flip